The Squeezing of Creativity out of the American Public School System 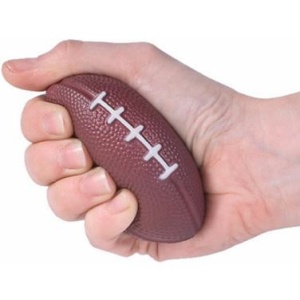 Diane Ravitich, in her book “The Death and Life of the Great American School System” talks about some of today’s most popular ideas for reforming and restructuring schools in the U.S., including privatization, standardized tests and punitive accountability. She describes a journey of personal change. A change of view and direction from what she believed in to what she believes is the best hope for U.S. public education. She argues that focusing too much on accountability and and choice which has been the education agenda since George H. W. Bush’s administration through Clinton, Bush Jnr and now into Obama’s agenda, is destroying public education in the states today.

The fixation on standardized tests which do not not necessarily have to follow the curriculum content and the use of data to test school’s performance thus offering parents ‘choice’, is destroying the development and nuturing of creativity in the U.S. school system. Schools have been forced to spend valuable funding on focusing on Math and Reading at the expense of other areas of learning, especially the Arts, History and Geography. Ravitich notices that ” What was once considered the conservative agenda has now become a bipartisan agenda in Education in the U.S.”

She also notes that ” It is time for those who want to improve our schools to focus on the essentials of education. We must make sure that our schools have a strong, coherent, explicit curriculum that is grounded in the liberal arts and sciences, with plenty of oppurtunity for children to engage in activities and projects which make learning lively”

No Child Left Behind was the pinnacle of the movement which had been gaining ground through two previous administrations. Standards, Accountability and Choice. On the face of it great concepts. I think most of us agree that standards are important. We need to have an idea of what students need to achieve and what they are learning. In the world outside education (is there one?) we are all thankful that there are standards. From quality of water supply to operating room cleanliness and proceedures. But standards seem to have been replaced by an over emphasis on testing. Testing which has led to the reduction in key areas of the curriculum content. Testing which is summative and not formative. The results of which are used to judge schools on performance.

Anyone who has discussed education matters with me or who has read this blog will know that I am passionate about kids getting real-life experiences at school within a broad curriculum framework which gives equal importance to all traditional disciplines or subjects. The curriculum needs to foster creative and critical thinking, whilst at the same time identifying and supporting the child’s individual needs and interests. There are many schools and movements (some of which I have written about) which support this idea. Sadly, the U.S. public school system seems not able to.

A recent article in ‘Newsweek’ by Po Bronson and Ashley Merryman entitled ” The Creativity Crisis” (July 2010) talks about how research shows that American creativity is declining. The article quotes Jonathan Plucker from Indiana University, who recently analayzed data from the Torrance test for creativity. He found that the correlation to lifetime creative accomplishment was more than three times stronger for childhood creativity than childhood I.Q. The idea that a child is “Intelligent” if they have a high I.Q. is not accurate, in my opinion. Creativity is the key. Kids who scored highly on Torrance’s creativity tasks grew up to be entrepreneurs, inventors, college presidents, authors, doctors and software developers.

Kyung Hee Kim at the college of William and Mary discovered, after anaylising almost 300,000 Torrance scores of children and adults that creative scores had been steadily rising in the U.S., just like I.Q. scores until 1990. Since then, creativity scores have gone down. So why is this happening? One idea is that the number of hours children spend in front of computer screens playing computer games has increased. Children seem not to be engaging in creative activities at home as much. Another, is that schools, where kids spend alot of their lives have been responsible for taking creativity out of children, or at the very least, not giving kids the oppurtunities to be creative. I recall Sir Ken Robinson saying “Ask a group of pre-school children who can dance and they all put their hands up. Ask a group of High school students, and hardly any will put their hands up”. Are schools killing creativity? I don’t blame the teachers, I don’t blame the schools. I blame the train of NCLB which is picking up speed and is continuing into the Obama administration today. NCLB has led to  fierce competition for funding and survival. It has lead to stressed teachers who are under huge pressure to perform for the test. And it has led to creativity being squeezed out of schools.

Creativity spans all disciplines. Not just the Arts. Teachers and schools need to be given some breathing space. There are plenty of examples of how schools, given realistic standards can employ project based well structured, real life examples can foster creativity.

If you are reading this Mr. Obama, I have the answer. So do hundreds of  thousands of other educators out there who believe in the importance of creativity. Keep schools small. Focus on the child’s interests, have national standards and give schools the freedom to breathe. Give schools space to offer real life creative experiences for all kids. Scrap NCLB and introduce NCLCB. No Child Left Creatively Behind. Take back the power of curriculum content and testing from the individual States and take repsonsibility for education yourself.

← New Internet Safety Page!
Sack a great principal or have much needed funding for your school? →