A recent article in the British newspaper The Guardian entitled, “Schools Not Preparing Children to Succeed in an A.I. Future” highlights a British bipartisan education report that said, ‘Most of what people learn in schools and colleges today will probably be irrelevant by the time they are 40 years old.’ It then goes on to conclude, ‘[T]hey [children] need to be able to reinvent themselves again and again and again.”

In what way are schools not preparing children for the future? My answer is that the emphasis on core curriculum and high stakes standardized testing creates a focus on ‘hard skills’, which are skills that can easily be defined and measured, like math, reading, language arts, etc. In exchange then, there is a de-emphasis on what schools call ‘soft skills’, characteristics such as communication, listening, flexibility, time management, leadership, creativity, etc. ‘Soft skills’ are defined as personal attributes that enable them to interact effectively and harmoniously with others, which are extremely important, but very difficult to assess.

It is no surprise then that governments which introduce high-stakes testing focus on the skills that are easily assessed. How do you determine which skills to test, and which skills our children will need the most? The U.S. government spends billions of dollars a year on testing; and testing companies such as Pearson receive billions of dollars of income from the testing machine, which works to maintain the status quo. But, when the average student in the United States attending public schools takes some 112 mandatory standardized tests between pre-K and 12th grade, how is this system helping that child to grow into an engaged citizen of the world?

Teachers are trying desperately to give children an experience in schools which will help them to be better poised to meet the challenges of an ever-changing world. There is nothing they would want more than to focus on some of the essential ‘soft skills’ mentioned, but they are tied down by a system which demands the stress be on easily measured outcomes.

In 1843 Horace Mann travelled from the USA to Europe to study different models for compulsory education, which he was to recommend for implementation in the States. He came across the Prussian system which, by its own admission, was designed to suppress the masses, and to mold them into submissive workers who would not challenge the status quo. This is the system that was adopted across the United States and, by and large, is the system of education we see today in traditional schools.

Given the current political climate that we see in the United States and across other parts of the world, where there is an enormous disconnect between the general population and its leaders, it seems that citizens are not being given the opportunities to develop the skills that are required of an engaged citizenry. We need to provide the conditions for children to grow into curious, articulate, creative, passionate and critically-thinking adults. And if there is one thing that we can learn from the present presidential race we need a lot more of them.

← How it feels to Send Your Child to a “Democratic/Free School”
Competition, scores, metrics and targets. The Education Industry steams on, but where are the Children? → 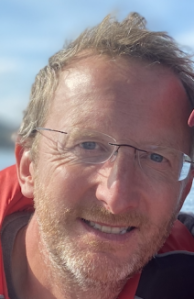